The first goal of the DRF Committee was to raise funds to erect a statue of David R. Francis. That initiative was started in early 2016, and was completed in mid-2017. The 7’ bronze statue was made by world famous sculptor, Harry Weber. See below for more information on Mr. Weber.

The second goal of the committee is to place plaques embedded in the sidewalks at the four corners of Francis Park.  Each plaque will describe a major accomplishment of David R. Francis.

In addition to the second goal, donations will be used to maintain the statue and the surrounding landscape.

For more information, including how to donate, please go to the DRF Memorial website, www.drfmemorial.org. 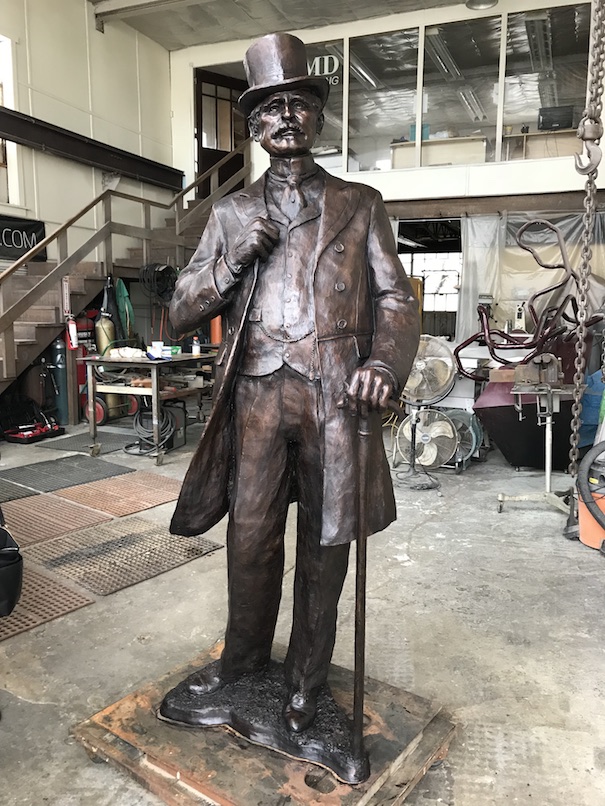 Read the latest newsletter and see past editions here.