St. Louis Hills is situated in the southwest area of the City of St. Louis, Missouri.  It is bounded by Chippewa Street to the northwest and north, Hampton Avenue to the east, Gravois Avenue to the southeast, and the city limits to the southwest.  Its close proximity to major highways (Interstates 44, 40 and 55) and other arteries make time-saving commutes from home in, around, and outside of Metropolitan St. Louis one of the many great assets of the neighborhood.

St. Louis Hills still holds distinction as the last, large subdivision created in the city.  The curb appeal of residences are but invitation to a closer view of the unique charm and individuality of each building. Low crime incidences reflect commitment of neighbors working with city police to provide a safe environment in which to live, work, and recreate.  Additionally, St. Louis Hills is proud to be a part of the St. Louis Metropolis Police Second District, home of the Buder Branch of the St. Louis Public Library and contain a city landmark within its borders. 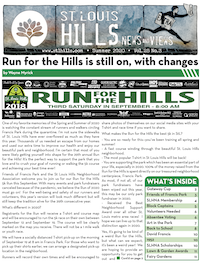